That Great Kitchen of the World

We visited the Museo de la Revolución Industrial (Industrial Revolution Museum) located in the neighborhood of Anglo in Fray Bentos. We learned about the time when the region reached its productive peak. 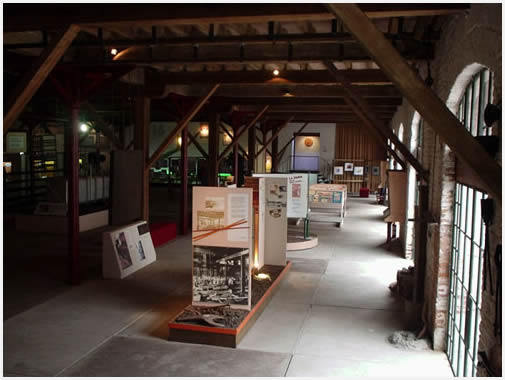 When the Liebig Extract of Meat Co. was created in Fray Bentos, the region entered into a new phase in terms of seizing agricultural resources: the industrial revolution had begun in the Río de la Plata. In 1865, the factory located on the banks of the Uruguay River was one of the most important venues in the world.

The region experienced a remarkable development. Housing units for the working class were built in the neighborhood called Anglo. Such name was chosen because the investment came from Germany and England. This venue had electricity three years before the service reached the City of Montevideo. The whole world talked about the excellence of the products elaborated there, especially the meat extract. 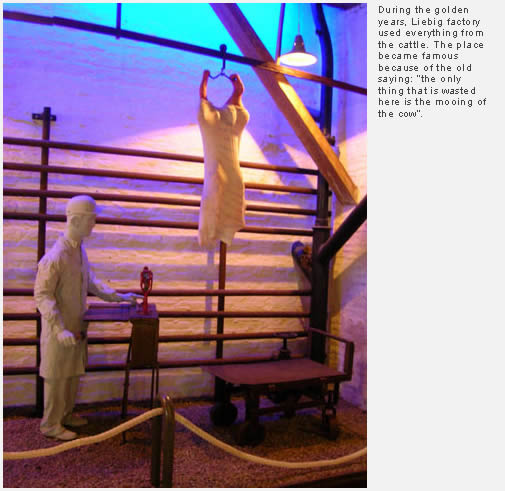 Today, 140 years after that historical moment, there are only traces of a prosperous past full of hope. In the Anglo neighborhood, where the old buildings of the former Liebig's Anglo factory are located, there lies the Industrial Revolution Museum. The most important items and events of the golden era of the national industry are preserved and shared there.

When visiting this part of the city on a guided tour through the different display rooms, it is possible to learn about the history of this remarkable industry from Fray Bentos. This explains why Fray Bentos was nicknamed the "great kitchen of the world as a result of the more than 200 products made there. 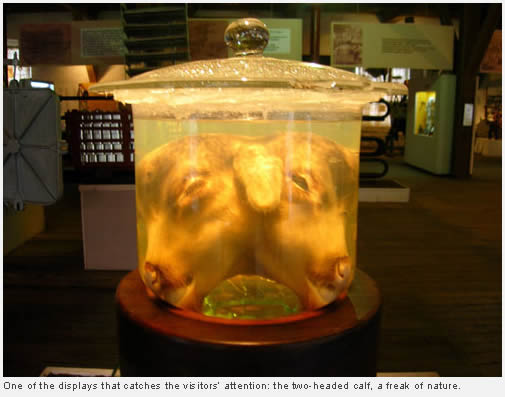 In 1924, the Anglo company of Uruguay replaced the famous Liebig and, during 47 years, it developed the technology of the meat processing industry. The industry, active since 1979, allowed the survival of the machines and the labor forces of those days, which turn this into a true museum.

It is worth mentioning that all the industrial facilities and the Anglo neighborhood were declared National Historical Monument in 1987, which evidences the importance of the factory for the region.

Different labels that were used to promote the products produced are displayed in the museum. It is possible to see the many containers for each product and to go a tour which recreates all activities from the arrival of the cattle up to all the items produced from it. Thus, it was true what was said at the time that the only thing that was wasted there was the mooing of the cow. 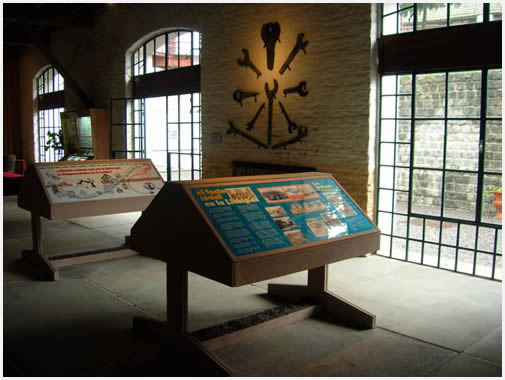 Also, the machine room can be visited and the huge chimney of the factory can be seen. The latter is undoubtedly a landmark in the region.
After visiting the many rooms, the tourists understand that the products were true examples of food. Even so, that they were introduced in the provisions of the European Armies during World Wars I and II and were used by those who conquered Mt. Everest.

What is more, the products elaborated in the factory of Fray Bentos made it into fiction. They are included in the novel "From the Earth to the Moon" by Jules Verne, in which the author chose a delicious meat broth from Fray Bentos for his astronauts breakfast, or as the food eaten by the soldiers in the movie The English Patient.

The museum is in constant development and it is a cultural tourist attraction worth visiting.

Print this outing
« Back to Outings in Fray Bentos