Always looking onto the beautiful Uruguay River and the Río de la Plata, the Littoral corridor is made up by Carmelo, Colonia del Sacramento, Fray Bentos, Mercedes, Nueva Palmira, Paysandú and Salto.

In these destinations, the mild riverbank sceneries speak about the origins of the Eastern Republic, just like in the historical neighborhood of Colonia declared World Cultural Heritage by UNESCO in 1995.

Another singular Uruguayan nook on the Río de la Plata is Carmelo, which is very well known for its quiet beaches, very popular all year around, as well as for its swing bridge, which makes navigation easier.

Cattle exploitation and the ports, which gained international relevance during the world wars, constitute one of the economic pillars of the area. In addition to Nueva Palmira, Fray Bentos is an example of that, with its first National Museum of the Industrial Revolution, which is open precisely in the former Anglo slaughter house.

Overlooking the Negro River, Mercedes also stands out for its historical stamp, as it was here where General Artigas declared the beginning of the Uruguayan Nation in 1811. Nowadays, its natural landscapes invite visitors to enjoy fishing and nautical sports, which are combined with interesting cultural events organized by the local municipal authorities.

Farther North, on the shores of the plentiful Uruguay River, Paysandú and Salto attract thousands of visitors with the hot spring resorts known as Guaviyú, Almirón, Daymán and Arapey, amongst others. These booming tourist centers are equipped with good infrastructure regarding accommodation and gastronomy in harmony with the healthy natural environment of the region. 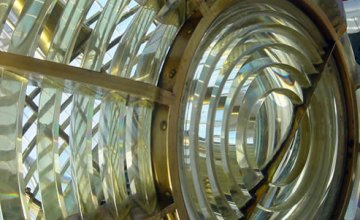 The history of the Colonia del Sacramento Lighthouse is unforgettable both for its neighbors and for the countless vessels it has guided. Today, it is a must visit. 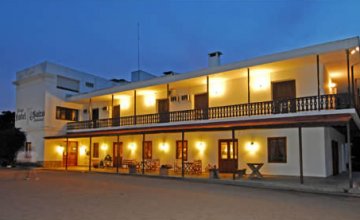 Those were the Days

Located in Colonia Suiza Nueva Helvecia, 50 kilometers away from Colonia del Sacramento, we found the first tourist hotel ever built in Uruguay. Of course, it was a long time ago. 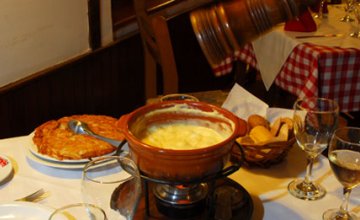 The Best Fondue in Uruguay

There is a place in the District of Nueva Helvecia called Granja Hotel Suizo where visitors may taste one of the best fondue in the country.