Dressed to be liked

Fashion and parades, what is best, in or out is part of the summer vacations spent at Punta del Este every year. Undoubtedly, the coolest place in Uruguay. 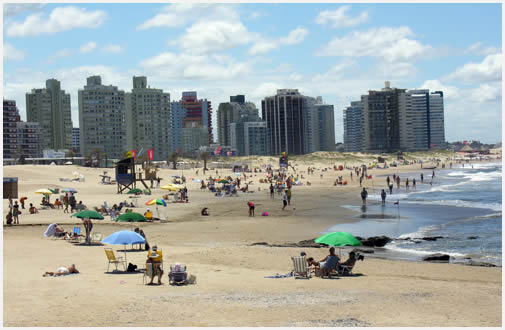 If there is a resort on the eastern beaches with its own philosophy of lifestyles where faithful and regular visitors meet, that place is Punta del Este. It is here, that the beaches truly "get dressed" with the most well-known national and international brands. Year after year, thousands of tourists choose it again not only to enjoy their vacations but also to see the new trends and innovations of fashion, glamour and technology.

State of the art digital cameras, laptop computers and cell phones were common along these beaches before their arrival in the big cities. This was seen at La Brava, La Barra, La Boyita or San Ignacio long before this fashion was incorporated in the City of Montevideo. 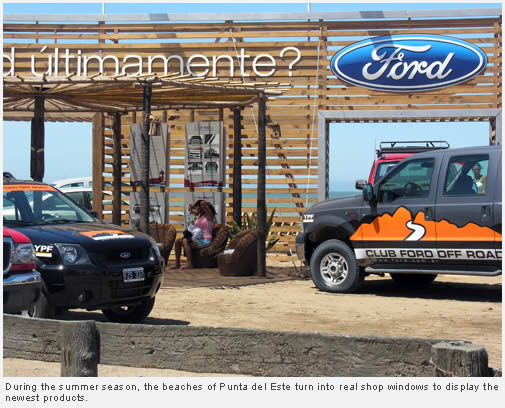 Kisses On The Cell Phone

In Punta del Este, the typical summer tourists with their beach umbrellas under their arms, their beach chairs and, perhaps, a cooler filled with fast and light food, have incorporated new items to enjoy their sunny day: cell phones, mp3 players, digital cameras, and even laptop computers have been introduced to be in touch at all times.

Young and adults encompass these new trends which, even on vacations, allow them to be connected like in the big cities. Teenagers, who are the best at handling these codes, have repeated the same but now with other methods. Night life is arranged with cell phones or text messaging to meet in some corner of La Gorlero, on the promenade of the port or in some famous ice-cream parlor that everyone knows. 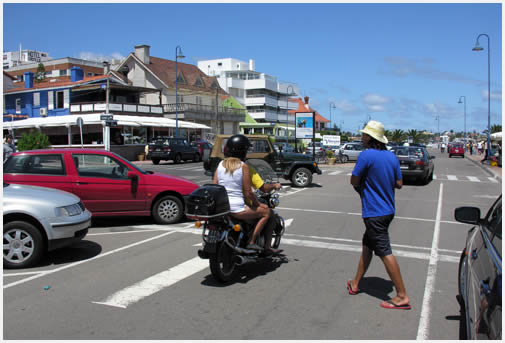 The truth is that even though the sand and the sea are incompatible with the new technologies, Punta del Este has shown that vacations can merge perfectly well with the latest tendencies.

Here the brand names and the 4WD vehicles distract tourists. The brands, whether national or foreign (as if they were also tourists), choose to spend their vacations in Punta. Among them are Pilsen, Quilmes, Coca Cola, Personal, Mitshubishi Motors, Nextel, and others which have become a regular part of the resorts lately. 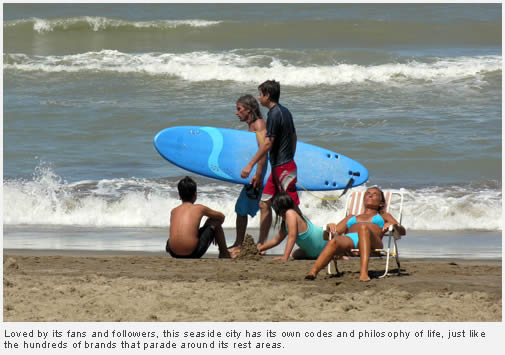 The top three rest areas are sponsored by brands and, of course, gather most of the young people during the day and evening. Here the brands give a name to the beach. Im staying at Personal of La Barra, says one girl to a tanned guy in order to tell him where to find her. If he likes her, he will know where to find her among the huge pouffes and deck chairs that define the new beach scenery without the old beach tents.

Loved by its fans and followers, this seaside city has its own codes and philosophy of life and, just like the hundreds of brands that parade around its rest areas, Punta del Este has lately become a brand of its own.

Thousands of people choose it as the most important summer destination. 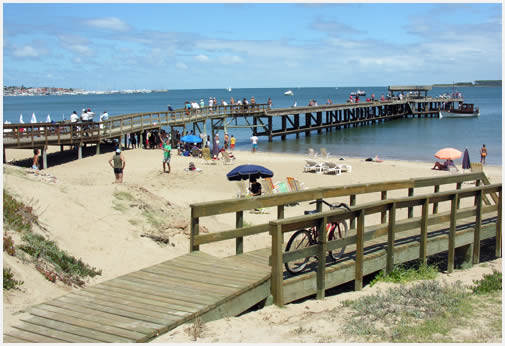 Regardless of what is mentioned in this note, there are some visitors who find peace and quietness in Punta del Este. This is what they look for when they leave their cities and Punta del Este has it all for everyone.

« Back to Outings in Punta del Este