Up the Green Hill

Cerro Verde (Green Hill), like everybody calls it, is a nature reserve that protects itself, an isolated redoubt away from civilization. 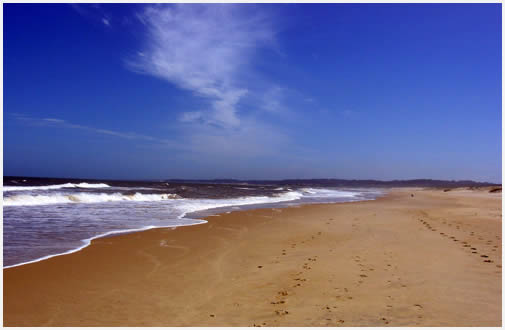 Very Far away from Man

Cerro Verde is a part of the Sistema Nacional de Áreas Protegidas (SNAP) (Protected Areas National System) and it is one of the attractions in the natural reserve at Santa Teresa Park. It is located on a cape between, two local beaches and it features incredible views.

From its top, the countless bays that spread to the North may be appreciated. These lands are practically wild as men rarely reach them. They are isolated from civilization as a result of a young tropical jungle. 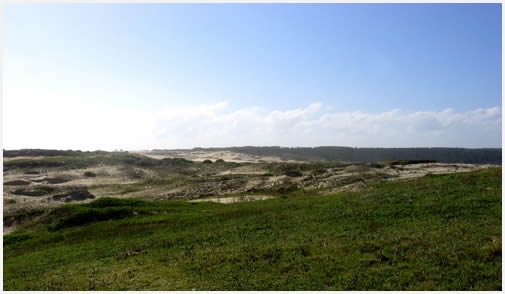 Getting Deep into the Vastness

To reach the hill, visitors may tour along a large beach that separates it from the last redoubt of civilization: La Moza Beach at Santa Teresa bathing resort.

Before starting, a sign post is seen on Cerro Verde Beach reading it is dangerous and that there is no lifeguard. Once we were half way through, we looked at both sides and barely made out the green contours of La Moza and Cerro Verde, very small in the distance. This is a special moment: the feeling of being apart from the world is moving. We were amidst the vastness of nature. 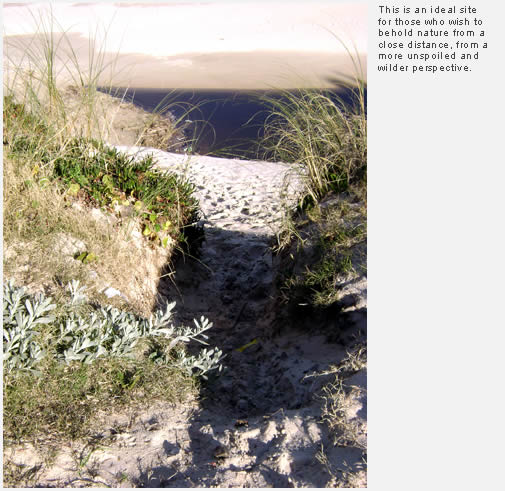 Fauna in its Pure State

Two viewpoints have been built with a wooden structure on the hill. Sign posts with pictures give details about the local land and sea fauna (more than 500 species). From those spots, visitors may appreciate Isla Verde (Green Island) and Isla de la Coronilla (Coronilla Island), a shelter where sea turtles deposit their eggs.

Countless species of insects beetles in particular- survive in the hill. They are free to develop without the intervention of civilization. At times, sea lions may be observed resting on the rocks and, hopefully, some whale may be spotted as they emerge to breathe on their way to colder waters.

This is an ideal site for those who wish to behold nature from a close distance, from a more unspoiled and wilder perspective. 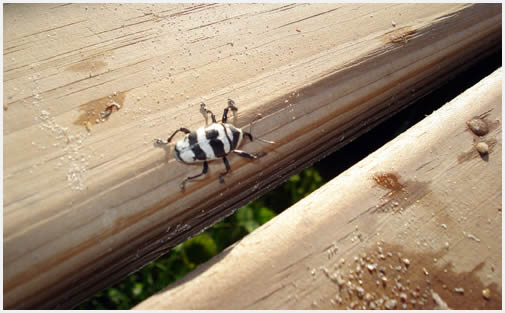 Print this outing
« Back to Outings in Valizas and Aguas Dulces