On the corner of Ignacio Barrios and 19 de Abril Streets, stands a house of remarkable historical value. Today, it lodges the House of Culture. You will not regret crossing its doors. 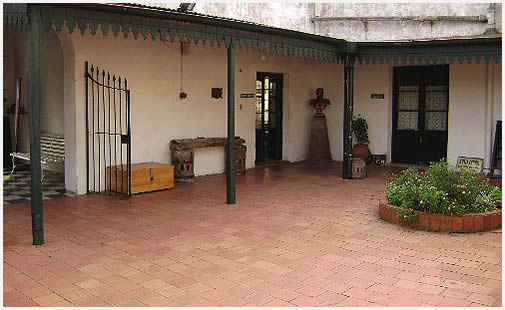 In 1802, he entered the Colegio Real de San Carlos in Buenos Aires (Argentina) and during the English invasions to the capital of the Río de la Plata Viceroyalty, he went out along with his fellow students to defend the neighboring City of Buenos Aires in 1807.

In 1811, the political moves taking place in Uruguay made him have a reunion with his people to defend his homeland. As a result, he received several medals of honor in recognition of his courage and braveness. Years later, when he was no longer a military man, he became a congressman for the Las Víboras Party at La Florida Meeting. He was one of the signatories to the Independence of Uruguay.

He married doña María Concepción Alvarez Martínez, a neighbor from Las Víboras, in August 13, 1830, and they had 10 children. In 1860, he purchased the property and resided there until his death in July 19, 1867. He was 82 years 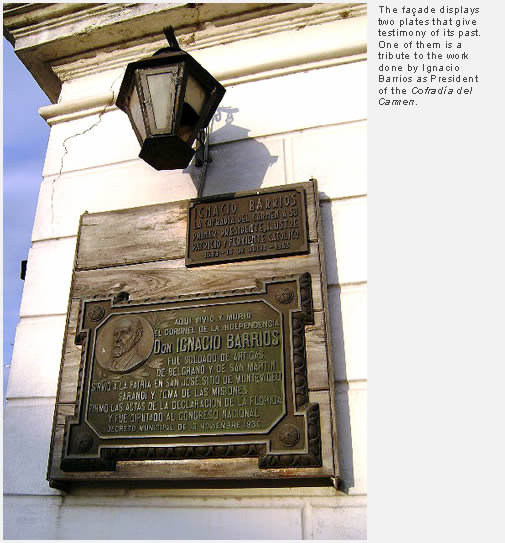 In 1975, the State of Uruguay declares the Colonel's house National Historical Monument. This way, the life and history of this great man has remained in time to be admired by the generations to come.

Today, the house is managed by the municipality of the District of Colonia and is the seat for the Female Committee, the Culture Office, the Municipal Public Library and the city's Tourist Information Office.

Its façade displays two plates that give testimony of its glorious past. One of them is a tribute to the work done by Ignacio Barrios as President of the Cofradía del Carmen. the other plate reads: Here lived and died the Colonel of Independence, don Ignacio Barrios; he was a soldier of Artigas, Belgrano and San Martín. He served his country in San José, Sitio de Montevideo, Sarandí and Toma de las Misiones. He signed the minutes of the declaration of La Florida and he was a congressman. 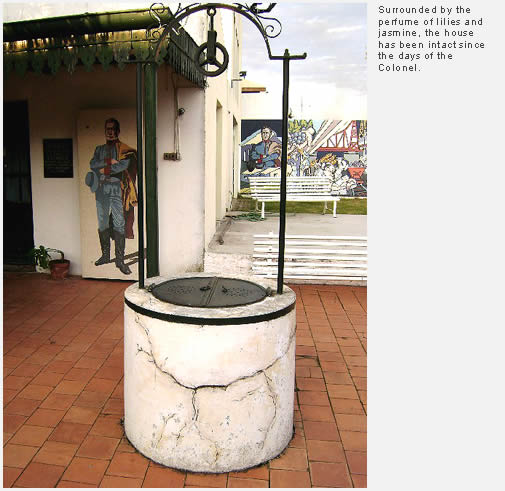 Entering this house is going on an instant journey back in time. Its old main gate takes us to a huge ancient yard which was the venue for the most important social gatherings in Carmelo in the golden days.

At present, it preserves its old colonial style and most of the original furniture from those days, in addition to floors, ceilings, openings, the yard and, of course, its old well in its center.

Surrounded by the perfume of lilies and jasmines, the house has been intact since the days of the Colonel. It is a luxury to get lost inside its rooms imagining what Carmelo used to be like. 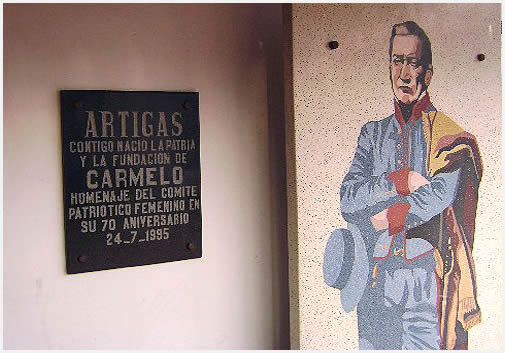 It also houses the city's Tourist Information Office. In addition to assistance about Carmelo, visitors may have access to vital information about the small villages that make up the territory of Colonia.

« Back to Outings in Carmelo