The Museums of Colonia del Sacramento

Colonia del Sacramento preserves a unique treasure which may be discovered as strolling around its cobbled streets. 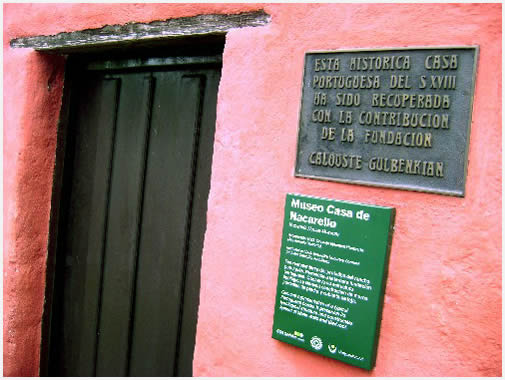 And this treasure is nothing but its museums, which allow visitors to go into the history of this place as well as in the peoples that have dwelled there its foundation times. 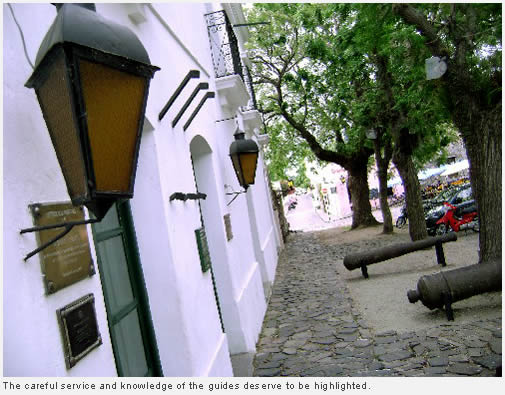 A leaflet passing from hand to hand among the visitors gives evidence of the existence of eight museums spread along the streets of the old, but permanently brilliant, Colonia del Sacramento.

A map provides information about the locations of the museums, but getting around the streets is enough to become aware that the city is not so big and that they spring up all around. The museums cater to every visitors taste and interest.

The tour could start at the Museum of the Portuguese Historical Period: this 18th-century Portuguese building houses an old coat of arms, pieces of furniture, weaponry and reproductions of historical artifacts and cartographic maps.

The Nacarello House Museum is also an old Portuguese house, which perfectly preserves its original stone walls and floor from the early 17th century.

These Portuguese constructions, as in the case of the Dr. Bautista Rebuffo Municipal Museum, were also influenced by the Spanish design generally characterized by the use of tiles, flat roofs and various types of ceilings. 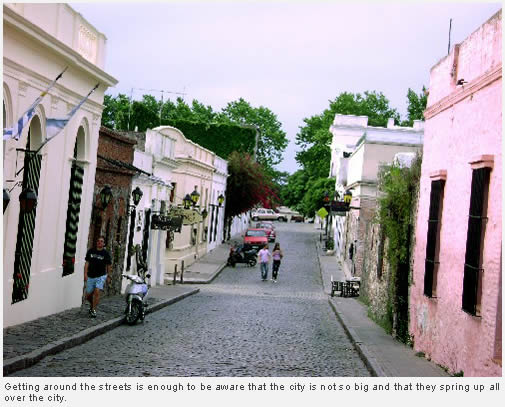 Inside an Old Chest

As though the purpose of the tour were to discover relics inside an old chest, another museum well worth a visit is the one that houses all the foundation archives of the city and the area of Colonia.

This museum is known as the Museum and Regional Historical Archive and clearly displays the information and documents regarding this place in the world once in the possession of Portugal, Spain, England, France and, afterwards, Brazil, Argentina and Uruguay.

However, the Roberto Banchero Native Museum allows appreciating the traces of the indigenous cultures before the European conquest. Mainly boleadoras, arrow tips, mortars and some ceramic pottery molded by the native people can be found inside this venue.

Years later, in 1777, the first Spanish families began to settle down in this region as evidenced by an old big Portuguese house built in the 17th century, which now serves as the Museum of the Spanish Historical Period. 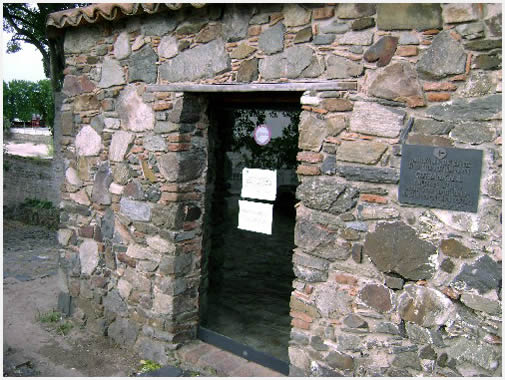 But, if there is a fantastic museum, because it is picturesque and a feast for the eyes, it is the Tile Museum.

Opposite the Río de la Plata, along promenade known as Paseo San Gabriel, a small stone house with low roof hides a treasure which attracts people of all generations. They pass by and go in to see what it is all about.

Mostly white, light blue and blue, the wide variety of tiles displayed in this house gives information about the immigration received by this small city of Colonia del Sacramento throughout the centuries since the first Portuguese foundation. 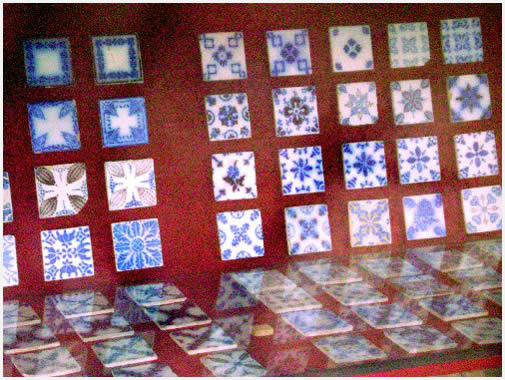 Jorge Paéz Vilaró used to be one of the residents of the museum who made a donation of part of its decorative tile collection, mainly, French, Spanish and Portuguese tiles dating from 17th and 18th centuries.

This beautiful must-visit museum is the favorite place for kids and Uruguayan school groups. It was inaugurated in 1988. Today, after over twenty years, it continues to invite people to grasp the origin of the white-bluish tiles that point out sites and streets. 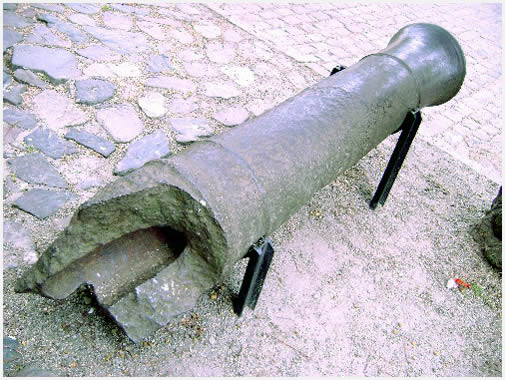 A Tour around the City Museums

Another must-visit museum is the so-called Armando Calcaterra Paleontology Museum, located on the outskirts of Colonia del Sacramento, in the area known as El Real San Carlos.