Museum of Shipwrecks and Treasures

The waters of the Río de la Plata shelter invaluable treasures of galleons, gold and legends that have reached our day. Nowadays, many of them are part of a novel museum. 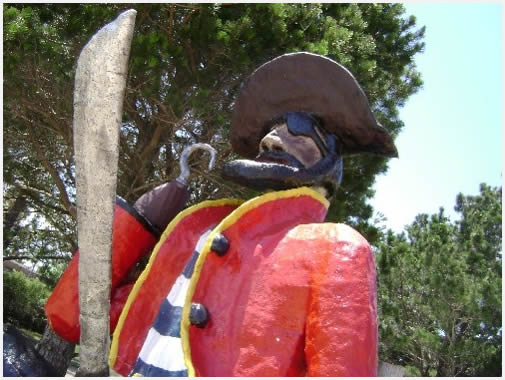 History and legends have it that under the waters of the Río de la Plata there are countless treasures in gold and silver bars still awaiting to be brought up to surface.

It is known that galleons full of gold headed for Spain and loaded with hundreds of cannons and very important documents for those days would run aground in the rocky beds of the Uruguayan shores on dark nights. Hit by strong gusts of wind, they would sink with their truths on board. 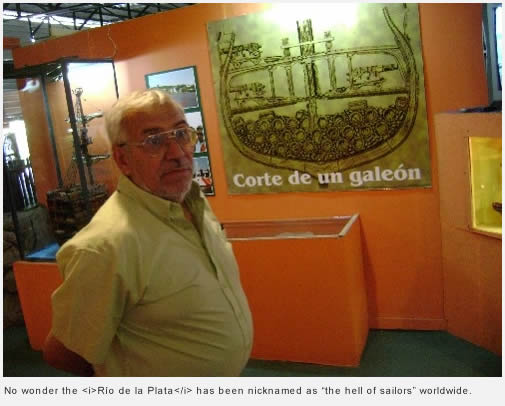 According to logs, books, press articles and stories told by old people, the shallow muddy waters of the river with the color of the lion hide sunken ships from all times, many of them with valuable shipments.

Storms were such that there are over two thousand ships under the waters. No wonder the Río de la Plata has been nicknamed as the hell of sailors or naval cemetery worldwide. The low depth, the color of the waters, the dangerous sandbanks and rocks and the violent winds were the grounds for these designations. 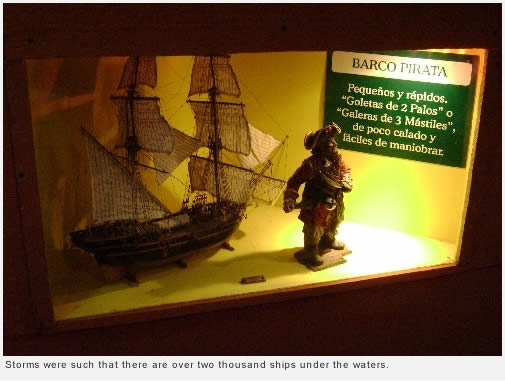 Why did They Sink?

The shortest and safest navigation route to Europe ran next to the Uruguayan shore. Bordering the banks and rocky beds on the coast, ships would reach the City of Montevideo.

This was the chosen route by official navigations and even by pirates. The Argentinian coast, instead, was low and quiet enough to sail at night for fear of running aground.

The discovery of gold and silver, and of course their exploitation to enrich Europe and extend its domain along newfound America was of vital importance. Thus, a net of routes was laid out in the Río de la Plata for galleons carrying all kinds of treasures to sail.

In addition to the intense smuggling activities carried out by the Portuguese, the English and the Spaniards -who would dispute over the domination on these waters-, the existence of pirates and corsairs generated disagreements and fights that ended up with sunken ships and countless shipwrecks all along the shores of Colonia del Sacramento and present Montevideo. 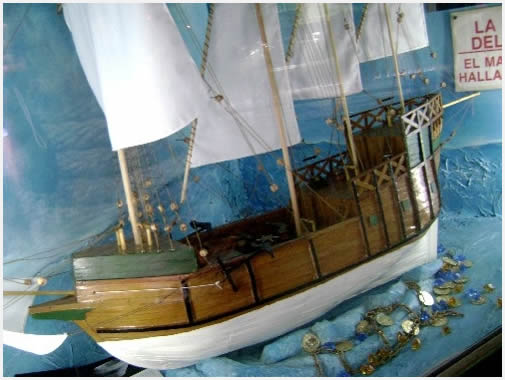 A Voyage to those Days

Rubén Collado, lover of SCUBA diving, treasure hunter and fan of shipwreck history, has settled down the first museum devoted to shipwrecks and treasures in the City of Colonia del Sacramento.

Visitors just need to enter the venue in order to understand this fascinating world of galleons, buccaneers and bootlegs from all times who have left their track in regional history.

Various replicas and scale models of galleons, their history and that of their crew, the treasures that rest under the muddy waters and the rescued pieces, among which cannons, cannonballs and gold coins prevail, may be appreciated during a tour around this fine-looking and singular museum. 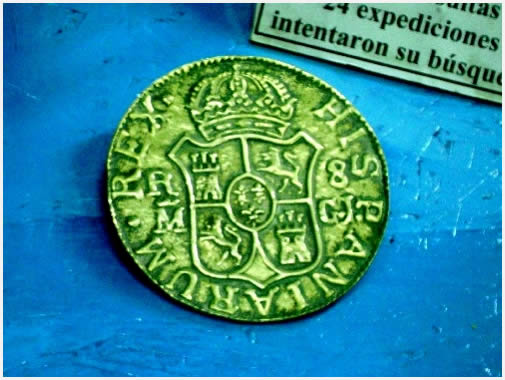 My idea is that visitors may feel they are traveling back in time to the days of pirates and corsairs, and that they understand those days when men lived and died at sea, guided by legends of fabulous treasures and giant ships, Rubén explained as we learned what a galleon was like. The museum has a life-size replica of a galleon with every one of its parts and their sailors, just like centuries ago.

The museum is open everyday except on Tuesdays year round. It is an ideal site to visit with the family as children love stories of treasures and pirates and they can see them here life-size. The Museum of Shipwrecks and Treasures, in addition to the experiences told by Rubén Collado, represent a new treasure for the City of Colonia del Sacramento. A mandatory tour indeed.