The historical center of the city pays homage to 33 eastern men who, after their exile in Argentina, landed on the Uruguayan coast to fight for the independence of the country. 33 is a tribute to them. 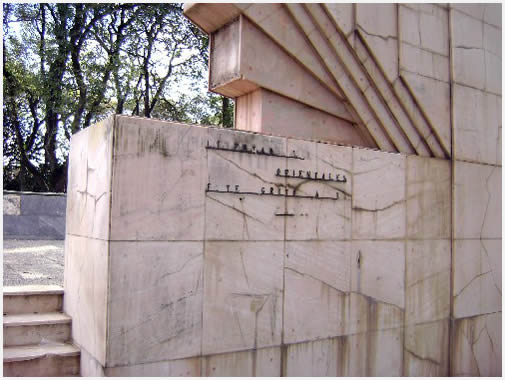 Between 1816 and 1820, Brazil, Portugal and the United Kingdom defeated the troops of José Gervasio Artigas and they occupied the so-called Banda Oriental (Eastern Strip), present Uruguay. José Antonio Lavalleja had also fought the Portuguese and, once exiled in Buenos Aires, he organized a new military expedition to expel the Brazilian for good.

So was so that the porteño livestock farmers and salt house workers (from Buenos Aires) provided their unconditional support and their representative, Juan Manuel de Rosas, financed the operation. 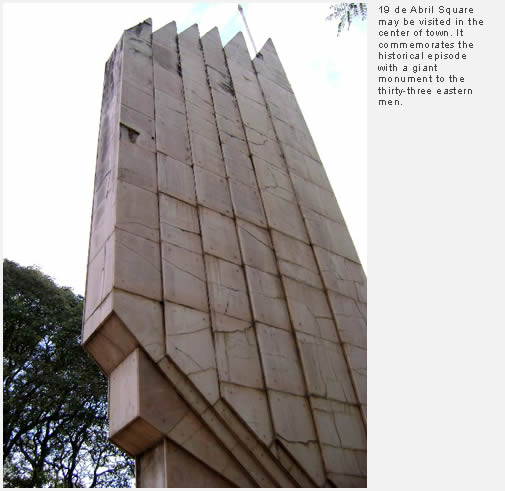 On April 15, 1825, Lavalleja’s forces landed on the District of San Isidro, in Buenos Aires, and crossed the Uruguay River at night to finally land stealthily on Uruguayan land at dawn after several days sailing.

Thus, on April 19, 33 eastern men arrived in Agraciada Beach and began the arduous labor of liberating the country. The truth is that many of these men were Argentinian and Paraguayan islanders. 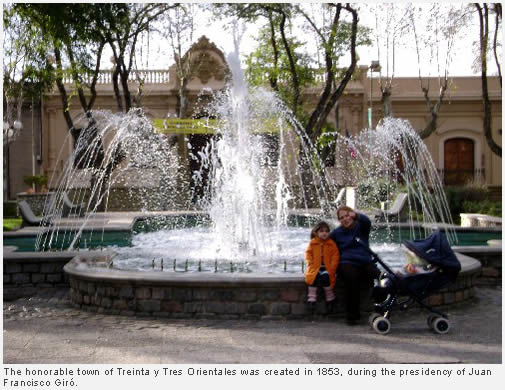 On May 20, they besieged Montevideo and a provisory government was appointed in order to manage the same results they had achieved with the armed uprising, but this time on the political ground. This new government declared the independence from the Banca Oriental de Brasil and the annexation of Uruguay to the Provincias Unidas del Río de la Plata.

As a tribute to this deed, the head city of the department bearing the same name was called Treinta y Tres (Thirty-Three). Its square called 19 de Abril Square, which precisely commemorates that historical deed with a giant monument to the thirty-three eastern men, may be visited in the center of town. 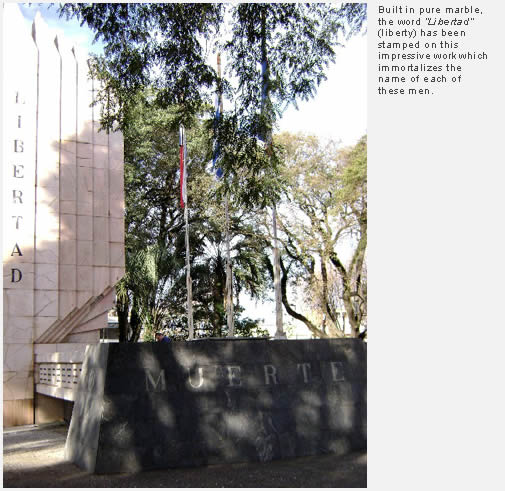 Built in pure marble and with a mast where the word Libertad (liberty) has been inscribed, the central part of this impressive work immortalizes the name of each of these men.

The honorable village of Treinta y Tres was created in 1853, during the administration of President Juan Francisco Giró. Even today, its dwellers maintain the national spirit of those years alive, especially during national holidays, in which the monument becomes the center of all celebrations. 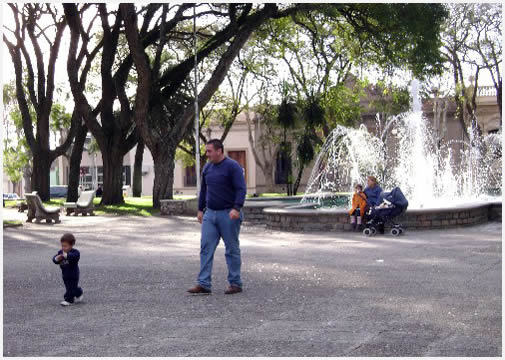 19 de Abril Square is the meeting point for all the citizens of 33. The main streets start there. They go around various destinations in town and end at the foot of the loyal monument. Impossible not to look at it.

« Back to Outings in Treinta y Tres