The Fortress is nothing else but an old fort used for war and logistics, which stands inside Santa Teresa National Park and is surrounded by palm trees and dunes and features an exclusive view of the Atlantic Ocean. 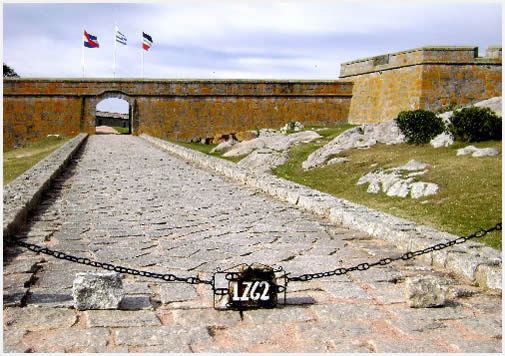 The place is big from all points of view. It might be said that it is majestic, and then start telling a story that involves the Portuguese, the Spanish, the English, pirates and criollos.

The first thing to catch the attention of visitors is the height of its walls and the yellowish-ocher color they have acquired with the passing of time and due to its proximity to the sea. Its giant walls, its control towers and its huge main gate give clear evidence that this place used to be a great fort which could not be entered without a previous invitation. 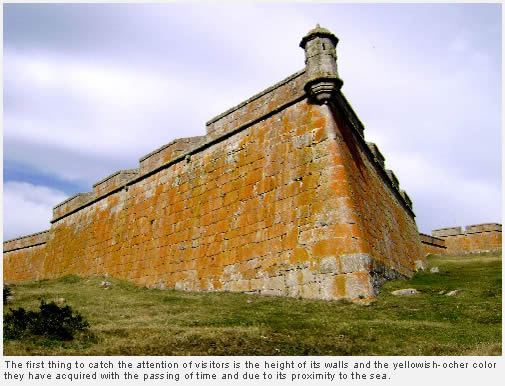 Located inside Santa Teresa National Park, the fort began to be built by the Portuguese in 1762. Before the construction works were completed, it was taken as a war taking by the Spaniards, who finished its construction after a while.

This used to be a strategic point in the maps of those days. The then viceroy -don Pedro Antonio de Cevallos Cortés y Calderón- resolved that it should become a huge fortress whose aim would be to maintain the Spanish empire in the region. 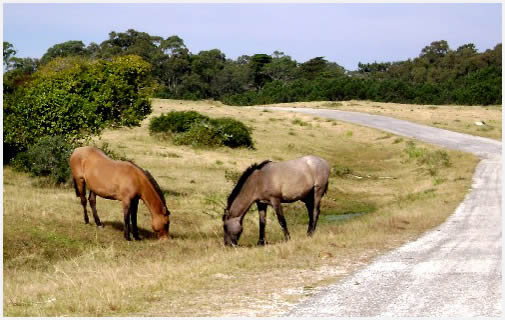 The aim was fulfilled as soon as the construction was taken from the Portuguese. After this, constant disputes were held with all those who wished to take over it. After the Big War (a conflict between the countries in the Río de la Plata and the international powers with which they held relationships between 1839 and 1851), this place was thrown into oblivion and the sand did a good job in burying it. It was abandoned and it was not until 1928 that it was rebuilt in order to turn it into a tourist attraction. 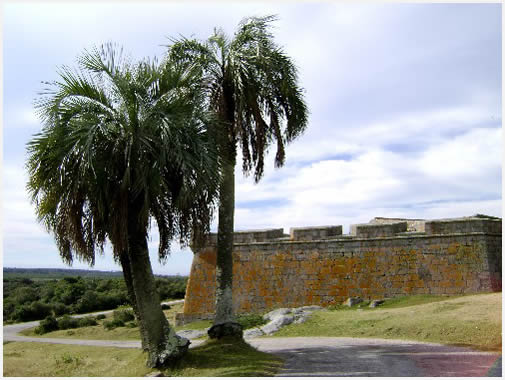 For such purpose, the intervention of archeologist Horacio Arredondo was necessary. He began the recovery tasks and the search for remains that might give material testimony of those days. He also had the great idea of planting a wood in the area so that the live sand hills would not invade the huge treasure and cultural - historic heritage we can appreciate today.

At present, visitors are amazed at what they see and at the accounts given by the guides during the tours which go around the fort, especially in the summer. It is possible to see the large walls perfectly joint together in order to resist the shooting as well as the constructions hidden inside the fortress: a chapel, an arsenal, a small museum and a collection of weapons used in that period. 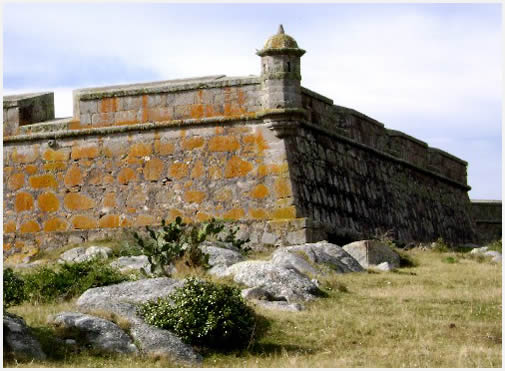 Visitors just need to cross the big entrance gate and imagine how difficult it used to be reaching this place for someone unexpected or unwanted.

Today, archeology and anthropology students from the entire Department of Rocha find an extraordinary deal of examples for their field outings in this area. From the natives hills (which used to be the mounds where the natives used to bury their ancestors along with their belongings) up to other historical sites forgotten in the past. 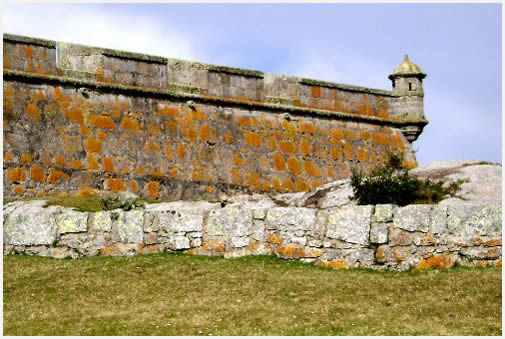 Santa Teresa National Park and its fortress are located at the 300th kilometer marker on National Route 9. Most visitors arrive from the City of Punta del Diablo or northern Chuy, a city located on the Brazilian border.