An undulated hanging bridge is the entrance to this trendy resort that lies only a few minutes away from Punta del Este. Wherever you look, artistic beauty and fashion are ever present at this resort. 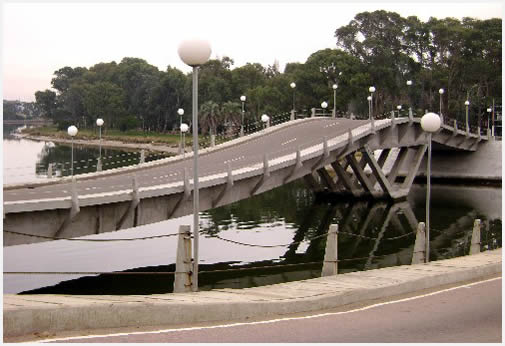 Trendy from all corners. Immediately after crossing the bridge you realize you have reached a different place where youth, artistic taste and above all the latest trends are part of the natural attractions.

When the heat comes, particularly on those days when the temperature is above 30º C, La Barra shows its visitors some of the customs imposed by the regular habitués as well as visitors who just spend the summer there.

Located 20 kilometers from the Peninsula of Punta del Este, this area has always been an excellent fishing spot for the black drum, which, when there is high tide, reach the small lake in search for schools of crayfish. 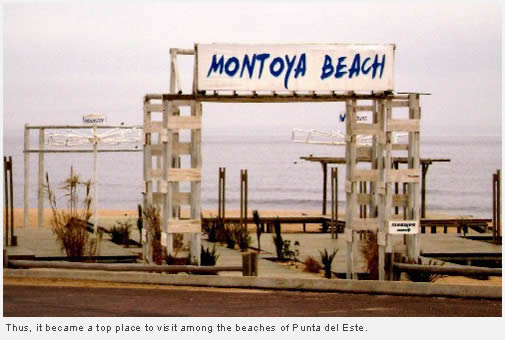 As years went by, some visionaries started to build their summer homes, seafood restaurants and even some resorts and rest areas around the lagoon and the beaches of rough waters. They were away from the hustle and bustle of Punta del Este and the talk of town for those who did not dare to go such a long way.

Thus, it became a top place to visit among the beaches of Punta del Este. Local and foreign celebrities have given it a glamorous look similar to Hollywoods. 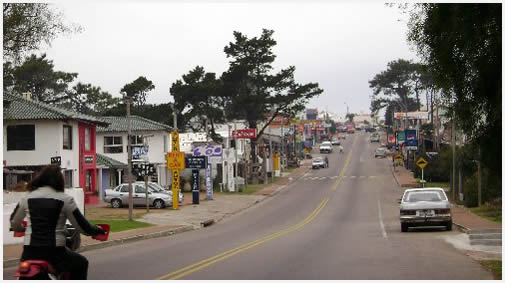 After crossing the hanging bridge, there is a small road that turns into the main street of the city. Dozens of rest areas and stores can be seen to both sides. The most outstanding include various styles of restós, bars, hotels, apart hotels and discos which literally take hold of this small city and invite visitors in as the sun sets.

During the day, swimming shorts and bikinis, drinks, soft drinks and sunscreen invade the beaches. 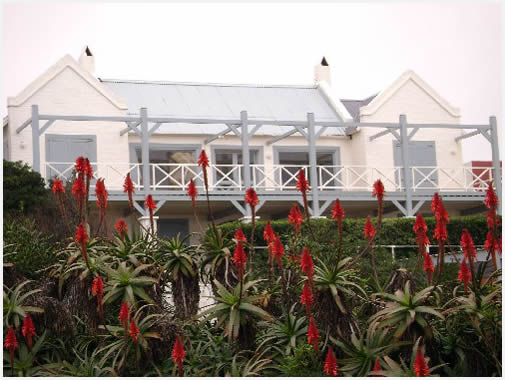 Youngsters draw attention to themselves and the technology they use in the cities becomes part of this restful spot: mp3, mp4, iPods and cell phones to arrange dates. Many rest areas at La Barra have incorporated various systems in the last few years for visitors to stay connected all day. They range from broad band computers to modern WI-FI systems to surf the Internet even a few meters away from the shore.

At night, music, brands and rhythm take charge of everyone who goes out, not only on the main street but also on the little side roads facing the sea. 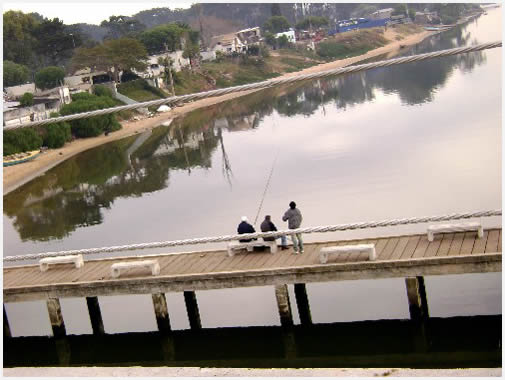 Eating out, going for a drink, dancing and then killing time till dawn are part of the codes of La Barra, a unique place where the world of fashion and show business meet every year.

The young are everywhere you look in the summer in La Barra. Motorbikes, ATVs and sports cars take control of the city streets day and night. Therefore, it is advisable to be careful when traveling with children.

« Back to Outings in La Barra and José Ignacio