Without a doubt, it is the most beautiful building in the City of Piriapolis. Its history, fame, and distinguished visitors together with its present make it a place you cannot miss. 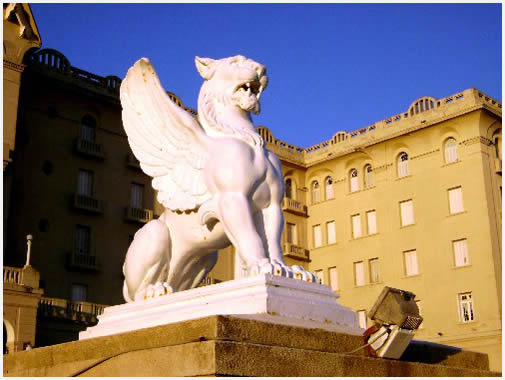 This magical and wonderful international hotel of Piriapolis does not require more than two words to be accurately described "a classic". It can be seen as you enter the city.

This amazing architectural work was built in 1930. Its majesty has made it famous all over the world. Newspapers from different countries have mentioned the "gem" of the Atlantic Ocean in various languages. 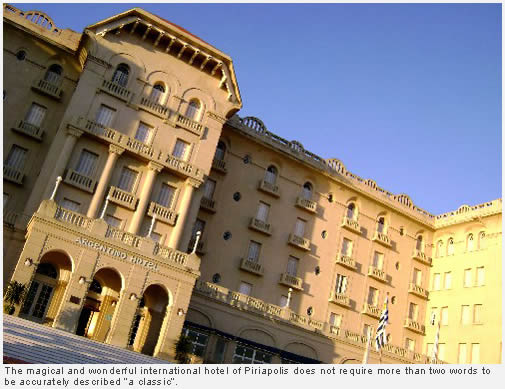 The local aristocratic families from Montevideo as well as neighboring Buenos Aires started to visit its eclectic rooms year after year, season after season. Piriapolis began to welcome thousands of visitors who - in their swimming costumes (from those that covered all the body to the first bikinis)- showed the world the new trends and customs of a word that began to be used by all: tourism.

The Argentino Hotel had everything for its time. The beauty of its façade, located on the spectacular Promenade of the city, gives a European style to the place. The same occurred with the unexpected men and women who visited this place. 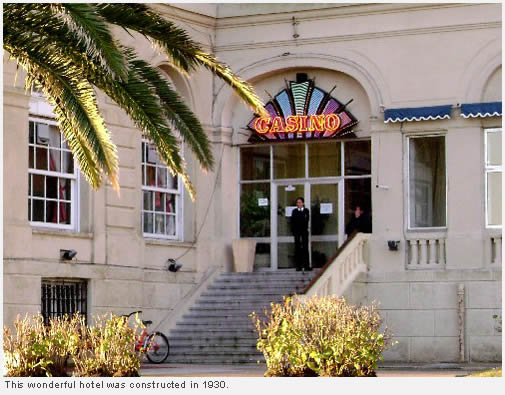 The Argentino Hotel was the crowning achievement of the masterpiece thought and built on a whim by Francisco Piria for this magical city by the sea which is called Piriapolis. His skills as a town planner, businessman and alchemist forged the personality of a man who could see much more than sand dunes, sea and hills. And after much work and effort, the dreams which kept him awake at night came to life.

Perhaps that is the reason why such a big hotel was being built for its time, as if this great building would have wanted to leave trace of a glorious past for this region of the world and its inhabitants. 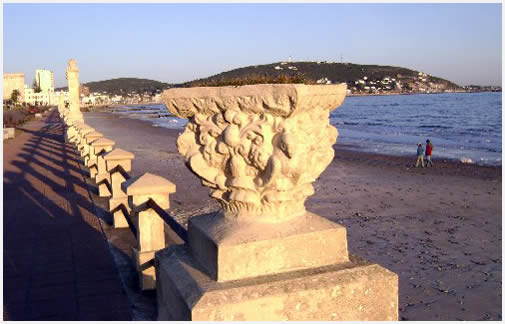 Currently, the hotel has the same 300 rooms and the same furniture it had when it was opened in the mid XX century. Its famous suites and varied rooms, apart from the common areas, make this place unique and each one of the guests finds the necessary harmony to enjoy their stay.

The view of the sea and the hills of the Sugar Loaf Mountain are a plus for visitors while they can enjoy the many other services offered. They range from sea hot springs and heated swimming-pools to recreational areas where tennis courts, football fields and even roller skating rinks are available. 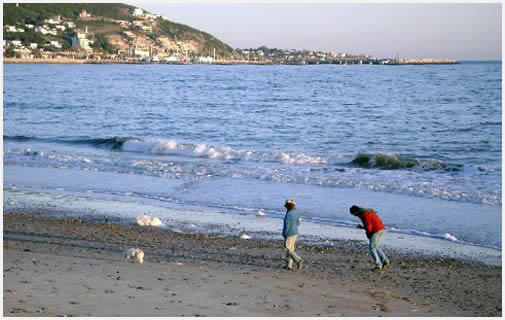 For all this, there is no doubt that the spirit of an era can be felt both inside the venue and in its surrounding areas, an era in which building the biggest and most luxurious hotel in the world was the ideal pursued by ordinary men which has been fading away with time. Don Francisco Piria was one of them.

According to the official website of the hotel, if a picture is taken from the air and the main symbols regarding alchemy are joined, it will be evident that the design of Piriapolis matches the Aquarius constellation. The Bull, the Fountain of Venus, the Virgin of Stella Maris, the Castle of Piria, the church of Piria, the Holiday Camps and details like the stained glass window of the cascada de rosas, the gardens of Argentino Hotel and the griffin (lion with wings), among some others, reflect the energy points that Piria pointed out specially in Piriapolis".

« Back to Outings in Piriápolis