Passing of the Bulls

Situated on the shores of the Negro River, the City of Paso de los Toros is open up for travelers. Its dam, its organized campsites, its nature and its very beautiful church are worth a visit. 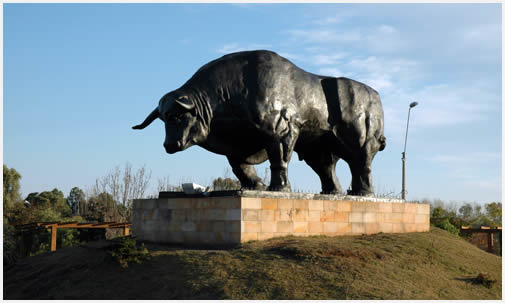 Situated on the shores of the Negro River, which geographically divides Uruguay in two halves, there lies the village of Paso de los Toros. This charming destination is the second most important city in the Department of Tacuarembó.
This spot was a witness to the birth of writer and poet Mario Benedetti and became famous as a result of the formula invented by Rómulo Mangini, the creator of the tonic water brand called Paso de los Toros, an unquestionable Uruguayan symbol.
In order to reach this place from the capital of the department, visitors must take Route 5 heading South and travel along 140 kilometers up to the city entrance.

Its main tourist attraction is Dr. Gabriel Terra Dam, also known as Rincón del Bonete. This contention dam was the first hydroelectrical dam to be built in the country. It features an artificial lake which occupies about 120,000 hectares, where fishing and nautical sports may be practiced. 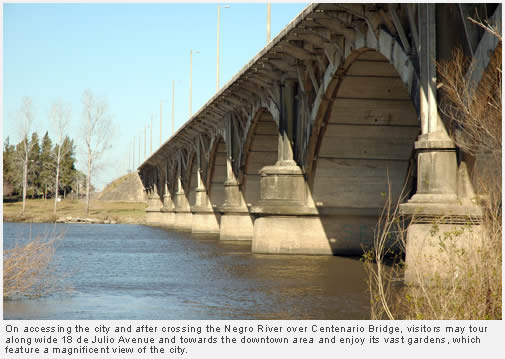 Nice moments in contact with nature may be enjoyed at the camping sites surrounding the city. These green spaces are equipped with everything necessary to spend the day. Bars, restaurants, recreation areas, playgrounds, courts and fields for practicing various sports and bathrooms with showers are some of the services provided. There are nooks of great beauty and quietness in every bend of the river.

On accessing the city and after crossing the Negro River over Centenario Bridge, visitors may tour along wide 18 de Julio Avenue and towards the downtown area and enjoy its vast gardens, which feature a magnificent view of the city.

From a distance, the particular architecture of Santa Isabel parish may be observed. Featuring a Gothic style, its inner richness awakes the admiration of all visitors.
When passing through the city, we recommend paying a visit to this pretty Uruguayan destination. 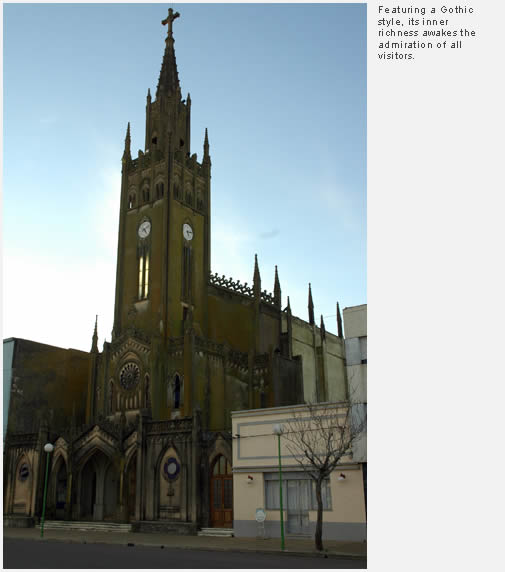 The city used to be a very large rural estate owned by the Bálsamo family. As time went by, it gained importance due to the fact that it was the shallowest part in the Negro River and therefore, the chosen place for crossing. Thus, it came to be called "Passing". And this was also the spot used by cattle raisers to lead the bulls bred in Northern Uruguay across the river on their way to Montevideo, to the cattle port known as Cerro. That is why it was known as Paso de los Toros (the passing of the bulls).

After the settlement of the local dwellers and the booming population growth, the Santa Isabel parish was built and a deal was made to call this place Santa Isabel de Paso de los Toros. For such reason, the dwellers of this place are referred to as isabelinos. 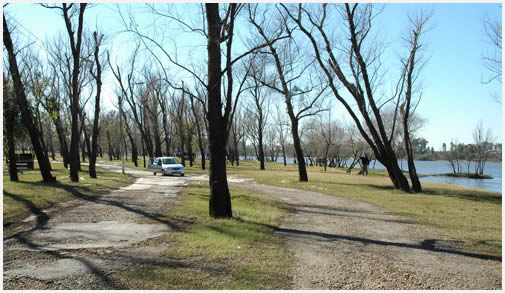 Some time later, bridges were built to cross the river and this permitted a more fluent communication between the North and the South of the country. The place was populated by immigrants from all over the world who settled down some business or worked the fields or in the local industry. Thus, it was precisely from the local industry that Italian Rómulo Mangini emerged. With his vision and dedication, he invented the tonic water formula he came to call Paso de los Toros, a natural and unique product that crossed many borders to reach the world from this small city.

« Back to Outings in Tacuarembó