The Town that Awakes in the Summer

Famous for its waters, Aguas Dulces (Fresh Waters) is a small city sunk into oblivion; only in the summer does it recover its rhythm until the coming of the fall leads everything back to normal. 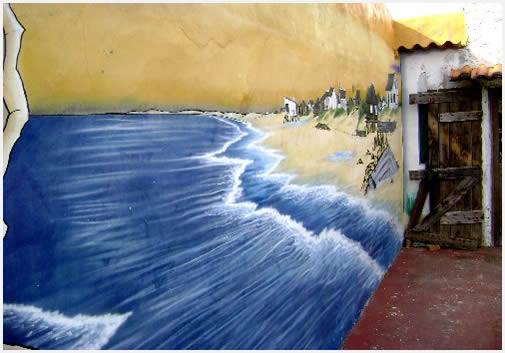 The reason for its name is that it is very easy to find fresh pure drinkable water in its soil, and it is said that the blessed liquid will spring wherever a small hole is dug.

Located in the Southeast of the Department of Rocha, more precisely at the 270 kilometer marker on National Route 10, lies this small city with less than one thousand residents. However, its small streets made of sand, its giant beaches and its wooden huts overlooking the sea turn this seaside resort into a charming site where most of the settlers of Castillos built their weekend houses years ago. 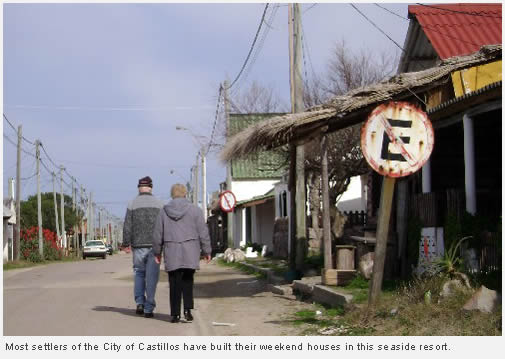 Aguas Dulces flourished and many people settled down there and resolved to experience a decent retirement by the sea, with the seagulls hovering above and the solitude with a life of its own.

A street referred to as the main road starts at the entrance of town. Its real name is Av. de los Palafitos (Palafittes Avenue) and it goes through the scarce blocks that make up this town. This boulevard, which becomes extremely crowded in the summer, ends in another street that borders the local waterfront: Cachimba y Faroles, which shelters most stores in town. 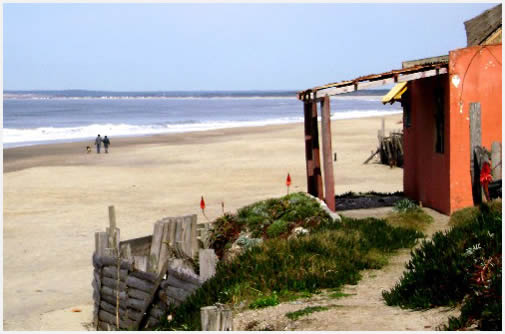 The houses built by fishermen and other dwellers of this town whose age is breathed at each step still stand protected by the rule of disorder, and barely controlled by some of the streets around them. Only once in a while does some motorcycle or old car interrupt the quietness of these desert streets named after tree, fish or bird species.

The murals and paintings are some of the most peculiar features in town. The vast work done by several well-known plastic artists who have managed to convey harmony on some of the façades by contributing with some magic and color to a place that already had its own magic.

The school, the police station, the telephone office and the remains of the Arinos, an old boat that ran aground last century are some of the attractions visitors observe as they tour around the city. But they are also the magical touch of this place in a world where nothing seems to be normal for its dwellers, which is changed when the temperatures rise and the summer arrives. Various ways of watching and enjoying one same site which mutates and is recycled without losing its lovely charm. 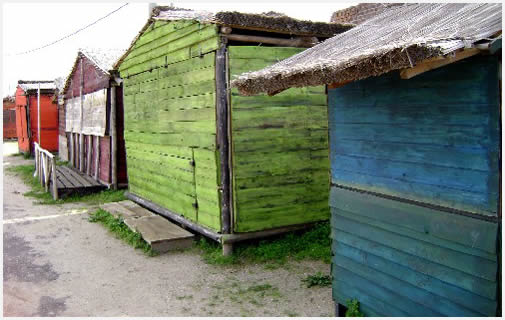 Fishing is one of the favorite activities amongst citizens in the winter. In this season, large silverside shoals come close to the coast and are tempted by the locals who cast their rods. The smell of fried fish is enjoyed at the restaurants and the canteens located on the waterfront.

« Back to Outings in Valizas and Aguas Dulces