Waltz of the Sea

Valizas is one of those places where visitors beg for time to stop. Everything is beautiful there from the roar of the wind and sea to the hot sand. 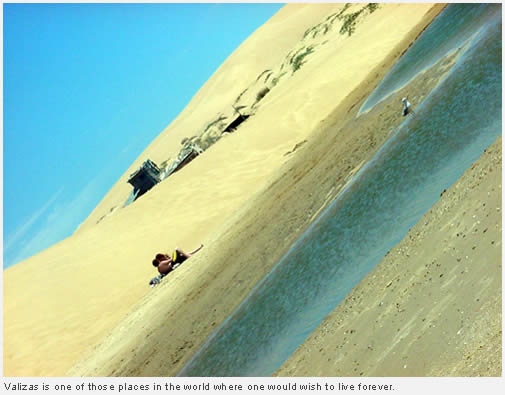 Far Away from Everybody

Valizas began as a small fishing town. Some Uruguayan families saw the place as an ideal destination for quiet holidays away from the hustle and bustle of the most popular beaches of Eastern Uruguay that made the country famous worldwide.

It is well-known that, besides this, East Uruguay has true paradisiacal towns by the sea that perfectly combine forest, sand dunes and the fierceness of the Atlantic Ocean.

As years went by, slowly in this area of the world, Valizas has attracted many people, among them hippies, bohemians and new tourists who were lured by the nostalgia and mysticism it generated. They place became popular by word of mouth.

Despite the fact that Valizas multiplied the number of visitors, it still remains a small town of little houses with no electricity, straw huts on piles or palafittes to avoid the charge of the sea when the wind from the southeast blows. Visitors can enjoy the catch of the day at the small rest areas which work as lookouts during the night, now under the moonlight.


A Town of Few People 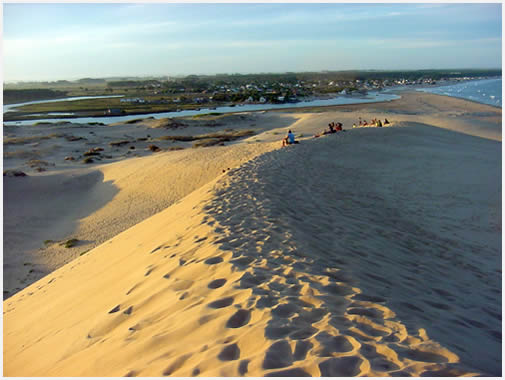 There is a small stable population and most of the people have come from bigger cities like Rocha or Montevideo. Both they and their children appreciate the daily advantages of the long silence and the cautious ways to spend the time, a philosophy of life they keep during the summer when small Valizas gets crowded with tourists. Many of them are lured by the ecologic trends part of the common sense of its residents.

The wide white sandy beach is endless and it is divided by the Valizas stream. The water of Castillos Lagoon merges with the sea water via this stream that can be crossed either on foot or by boat when the tide is high. 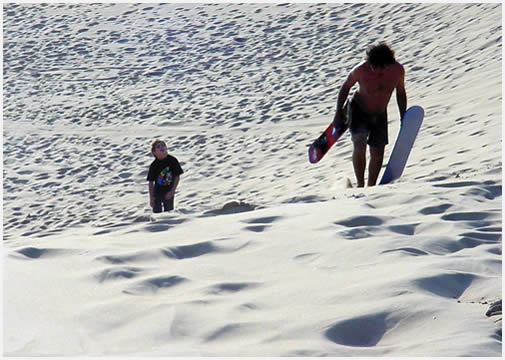 At night the show is amazing. Hundreds of fishermen with their nets and gas lamps go deep into the water to try to catch the pejerrey, a typical show in this region in Uruguay.

The main square of town, located on the main street, is lit at dusk by the candles and gas lamps of the people around it. The craftsmen give color and magic to the night with their toys and souvenirs. 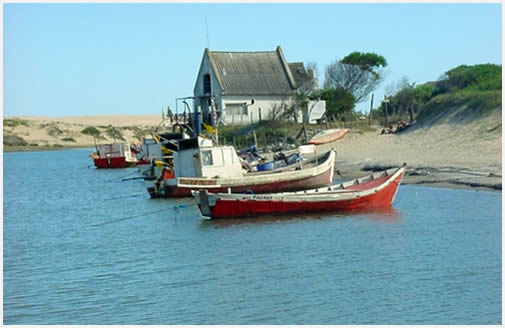 The next day, the routine of the sea repeats itself and one of the biggest tourist attractions shows up: a huge live sand dune visited by hundreds of youngsters who find it ideal to surf the sand with their sand boards from the early hours of the day. Baptized El Gran Vali, it is one of the highest points in the area and from its top, one can see the whole town, the small lake, the endless sea and its tiny islands of sea lions and whales.

There is no doubt that Valizas is one of the top towns in East Uruguay. There are more and more tourist entrepreneurs and real estate projects in the area as time goes by. Hopefully, rules, regulations and common sense will ensure that the place does not lose the magic it has today.

« Back to Valizas / Aguas Dulces