Standing far, far away a long time ago, and very close since the last few years, José Ignacio Lighthouse has been the inspiration for dozens of stories, mysteries and legends, and it still preserves its burning flame. 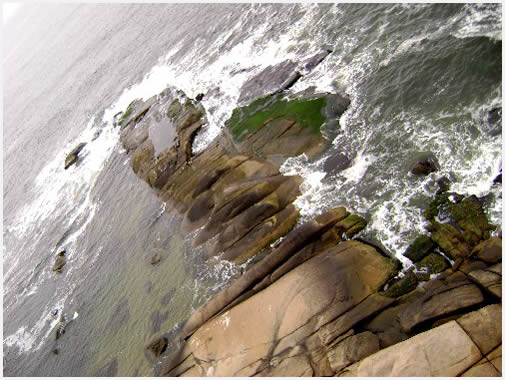 José Ignacio Lighthouse is one of the most important attractions in town. Therefore, thousands of visitors get to its top every year to see everything from another perspective.

Far Away, So Close

For those spending their vacations in Punta del Este, José Ignacio Lighthouse represents a different distance depending on the generation to which they belong. The eldest visitors have always known that at the location of the lighthouse, they could find one of the best sites to catch large black drums very far away from everything and everyone. They would reach this place through a hard road after driving for hours. The youngest, instead, considered this area one of the most amusing places to spend the day on the beach in a more leisurely, relaxing and Bohemian way, where anything goes when it comes to having a good time.

Distances seem to have changed, as the lighthouse lies at a very close range for the new generations, who follow a spectacular road. 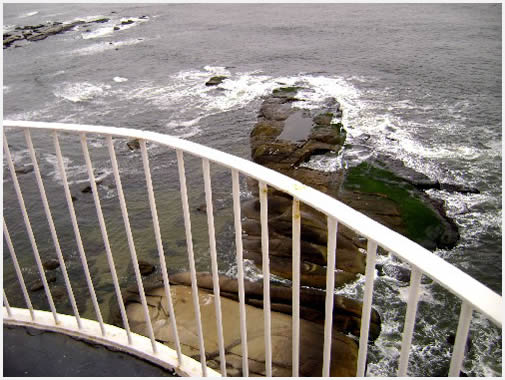 Give Me Your Eyes

There is one essential condition for a lighthouse to exist: one or more shipwrecks. Man learns from mistakes and then great inventions come along, which become a part of experience. All lighthouses in history have been part of these experiences. And I can assure that there have been plenty of shipwrecks. You only need to look at these large rocks and the braveness of the sea to understand 

Mario welcomed us with these words at the entrance of the lighthouse as he gave us the first directions to get to see the great lamp that illuminates the entire area at night and thanks to which dozens of boats may have eyes to see where they are.


How to Go up the Stairs? 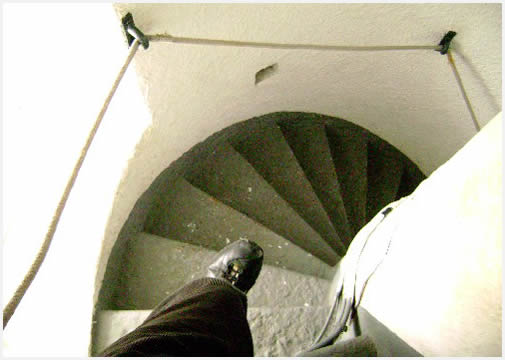 Listening to the directions of our guide telling us how to go up the stairs (which reminds us of the brilliant tale written by Argentinian writer Julio Cortázar) would turn out to be quite an anecdote in another context. But here, everything becomes a learning process if our aim is to reach the top.

In this case, the stairs are curve and its steps are so small that at times it seems as if they had been made for children. There are even ropes to help us on the way up. Once the lantern room is reached, visitors may go outside and appreciate the show from the balcony. But they should be careful because, even though there are handrails for protection, the wind becomes stronger at these heights.

Just like some of his partners, Mario is one of the many officers that comply with their tasks at the lighthouses located both on the Uruguay River and on the Atlantic Ocean all around the country. Year after year, they are visited by thousands of tourists that come along to learn about their history.

When the night falls and the last light in town is out, only one light that is constantly turning around may be seen from the sea. It possesses a majestic sparkle. It is, of course, José Ignacio Lighthouse. 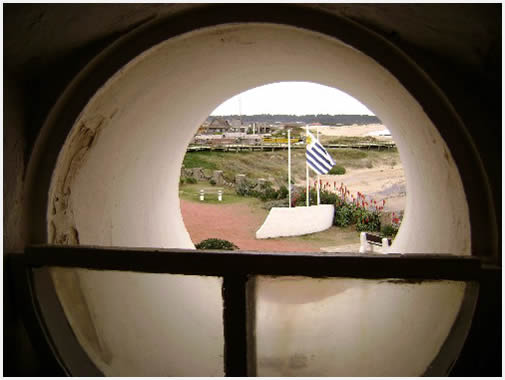 The lighthouse was built in 1877 and its light scope is 9 miles, visible even from the shore when the lighthouse lamp illuminates the sea almost up to the horizon. A magnificent show.

« Back to Outings in La Barra and José Ignacio