Just 5 kilometers away from Piriápolis towards the East, Punta Colorada features an exquisite swim hole with delightful beaches and thick forests hiding cabins and resorts for vacationing families to enjoy. 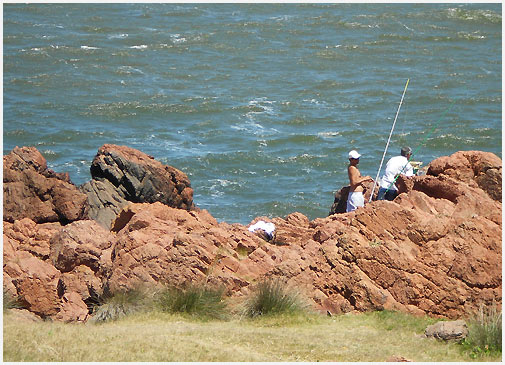 While standing on the shores where white sand is mixed with pebbles and large cliffs, visitors may spot the silhouette of exclusive Punta del Este, which lies just thirty kilometers away.

Punta Colorada is an ideal tourist destination where the silence of nature and a wild scene may be enjoyed. Of course it is also a perfect site to practice angling.

In fact, while going along its coastline, visitors come across fishermen standing on the huge red rocks that serve as natural piers where they may cast their lines. Sea bass, black drum, brotula, silverside and sargo are usually caught in this area.

Having less than a hundred steady denizens year round, Punta Colorada boasts a beach of quiet waters to the west, with almost three kilometers of length and including the swim holes known as San Francisco and Punta Fría. 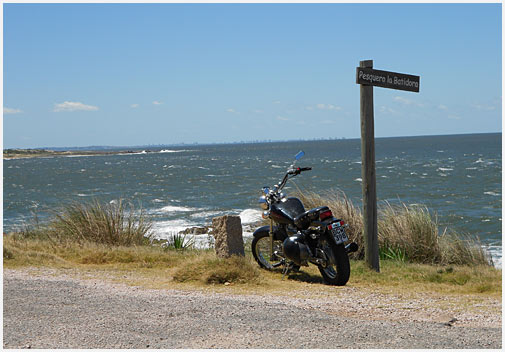 La Brava, where the sea is rough, lies on the East. Natural pools are formed by saltwater at this location. Southern right whales are usually spotted here in the spring.

Another peninsula appears on the east, about 6 kilometers away. Its large rocks adopt a darker shade. This is known as Punta Negra, a swim hole that shares several features with Punta Colorada, and adds very large beaches, wonderful to feel solitude and the sea, even if other vacationers hang around. 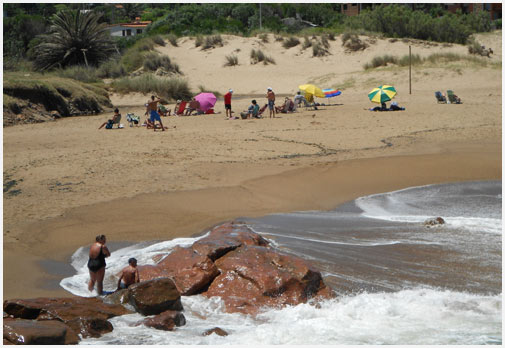 Of course Punta Negra also stands out for being a marvelous fishing spot. In addition to the species mentioned above, sole represents a delicacy for anglers and lures thousands of visitors that come along to see how fishing is doing and to find out more about this summer activity. 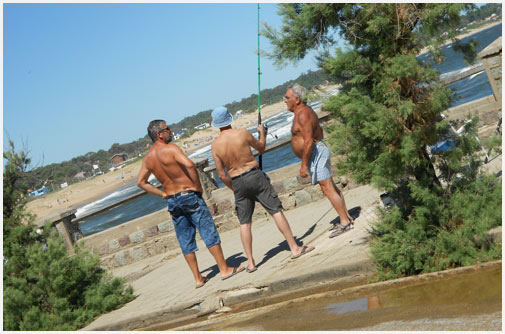 Away from the city but not too far, these beaches have their own regulars. They search for quietness and silence above all, though the sea presents deep pools in this area. These shores also attract tourists coming from neighboring towns and cities.

The large rocks and formation turn this into a strange site. However, it is worth a visit during a stay at the City of Piriápolis.