The controversial history about the eastern origin of famous tango singer Carlos Gardel led us to Valle Edén. There we found documentation that could give evidence of his birth place. 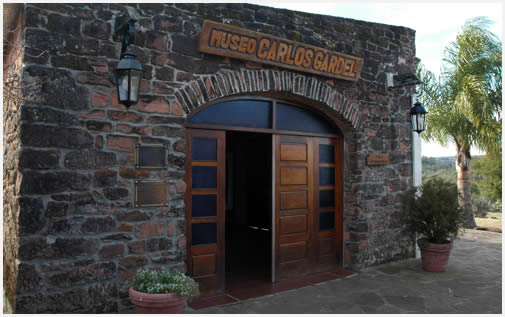 In Valle Edén, only 21 kilometers from Tacuarembó, there stands the Carlos Gardel Museum, where the birth of the famous tango singer is evidenced as occurred on December 11, 1887 in this small Uruguayan territory.

High is the controversy about Carlos Gardel's origin. Inside this venue, a history so merciless that it seems hard to believe is told. However, it unveils the birth of the criollo thrush - as the singer used to be known- and the reason for hiding information to such an extent that confusion arose. 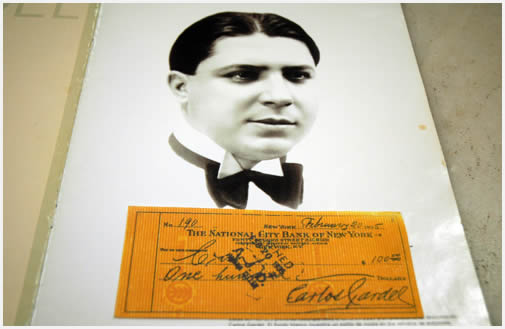 According to various journalistic investigations, it seems that Carlos Gardel was born in Tacuarembó at estancia Santa Blanca, owned by the man who is said to have been his father, Colonel Carlos Escayola, who was the political and police chief at the Department of Tacuarembó. All researchers are surprised to hear the versions about how Escayola refused to recognize him as his own son. It seems that the colonel had a secret affair with Mrs. Juana Sghirla  an Argentinian citizen married to the Italian consul Juan Oliva. In order to be close to his lover, Escayola married Oliva-Sghirla's 3 daughters and outlived all of them. 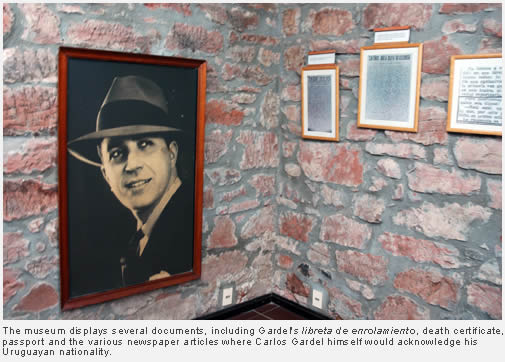 According to research, while the colonel was married to his second wife, he had an adulterous relationship with his younger sister-in-law (Juana Sghirla's youngest daughter), who was underage and whose name was María Lelia. The social and political prestige of all the characters in this history forced them to hide this fact very jealously, whether out of respect or out of fear for the figure of Colonel Escayola.

As she was a minor, María Lelia was taken to estancia Santa Blanca, where she gave birth to a baby boy. The child was given to a servant working at the estancia. She was French and her name was Berta Gardes, who gave Carlos her surname and after a few years migrated to Argentina. 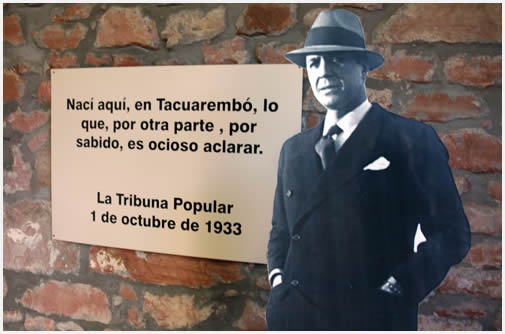 The disloyalty of the estancia staff and the absence of María Lelia from the social scene wove this overwhelming story full of shame and family secrets which would hide the true roots of the "magician" Carlos Gardel.

The museum displays several documents, including Gardel's libreta de enrolamiento, death certificate, passport and the various newspaper articles where Carlos Gardel himself would acknowledge his Uruguayan nationality. Furthermore, photographs of the singer are displayed and his songs are constantly played in the museum. 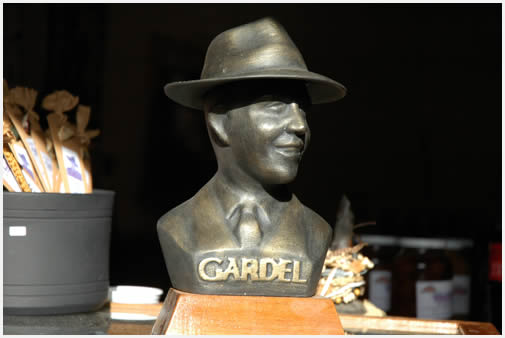 Interviewed by El Telégrafo de Paysandú on October 25, 1933, Gardel said:  if you insist, Uruguayan, born in Tacuarembó.
The ending of this story is open for each visitor to consider. If there is something there is no doubt about is that Gardel is the voice of tango, but that is another story. We recommend visiting the Carlos Gardel Museum.

« Back to Outings in Tacuarembó