Costa de Oro (Gold Coast) is the name given to the great variety of beaches stretching from La Barra de Carrasco, in Montevideo, to Solís Grande Creek, in the District of Jaureguiberry. 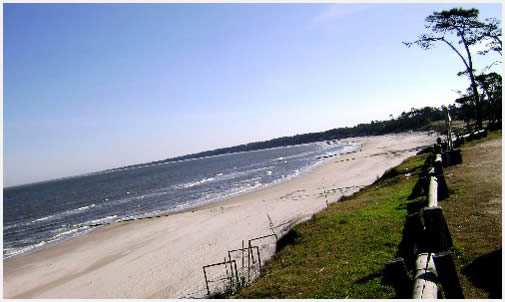 Is it possible to determine an exact point in the map where the Río de la Plata ceases to be a river and turns into a sea? How can the water change from fresh to salty according to the direction in which the wind blows? When are we speaking about the sea and when about the river in geographical terms? All these questions have been made once and again by those who spend the summer in Uruguay.

The truth is that to the North of the City of Montevideo the water begins to abandon the typical lion color of the Río de la Plata to turn green at first sight and then blue and also to increase its salinity. 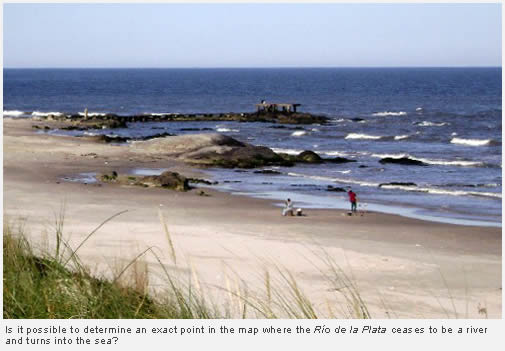 The beaches spanning from La Barra de Carrasco up to the proximities of the City of Piriápolis are referred to as Costa de Oro (Gold Coast). Here, it is possible to observe how the river turns into the sea to be declared ocean at the City of Punta del Este.

The City of Atlántida is the capital of the Costa de Oro area. Other important cities are Neptunia and Costa Azul, followed by smaller districts like Las Toscas, Parque del Plata, La Floresta and Jaureguiberry, where Solís Grande Creek sets the end of these beaches. 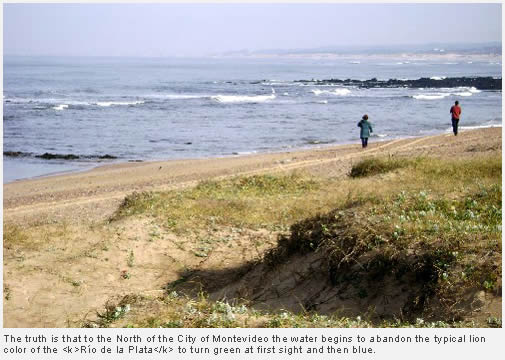 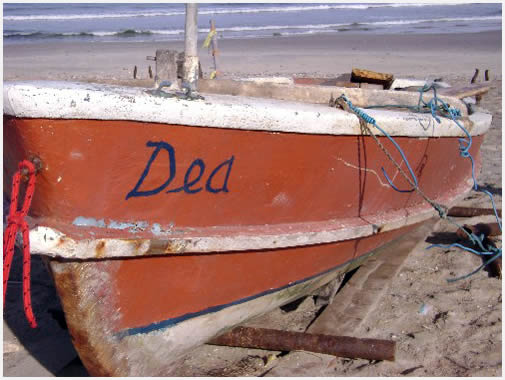 They are a must visit. Many visitors usually start their tour at Atlántida, whether northwards or southwards, to come across the various features. Solitary sandy beaches, some of them sprinkled by large rock formations that give shape to natural pools ideal for fishing. Others, crowded with swimmers in search for cool waters, as they shelter in the shade of the huge pine trees planted by man to fill these resorts with oxygen.

These beaches offer countless alternatives and, though this article does not provide any answer to the initial question of where the river ends and the sea begins, or vice versa, the truth is that the Costa de Oro does exist for each visitor to find their place in the world. 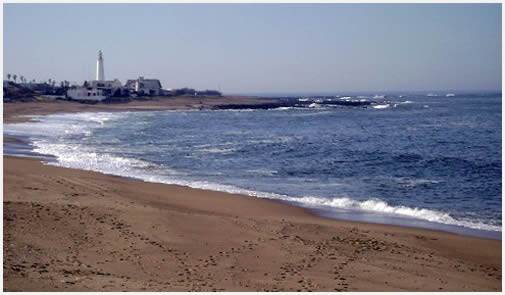 Visitors may find information about each of the villages and small districts located in the (in the Department of Canelones) at the Atlántida Tourist Office. It is worth the while to discover what is lodged at each of them. Not to be missed.

« Back to Outings in Atlántida