We visited one of the most important historical monuments from the period in which the Eastern Shore was created. Casa Museo de Rivera unveils part of the past that has forged this nation. 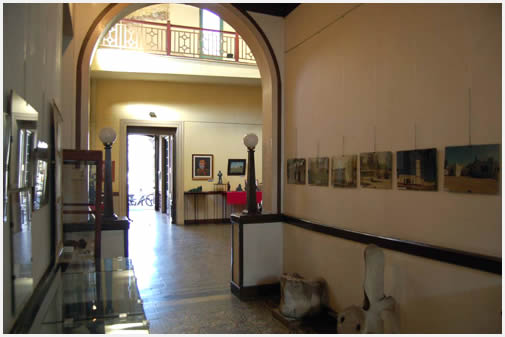 Casa Museo de Rivera (Rivera House and Museum) so called because its construction was ordered by General Fructuoso Rivera back in 1835 to be used as his residence- is located opposite Independencia Square.

These walls witnessed the assumption of General Riveras second administration in March, 1839  a unique event in Uruguay - and then became the seat of the National Executive Branch until 1842. Today, it is a part of the historical heritage of the City of Durazno and it was turned into a museum in 1992. 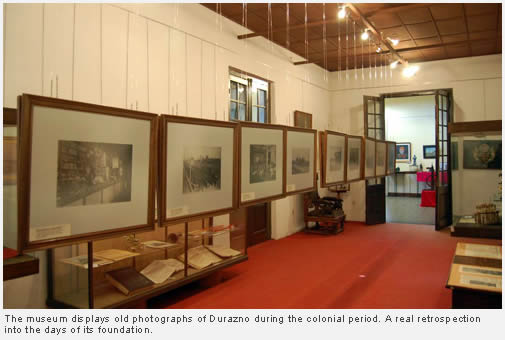 The very ancient house treasures materials from the native past of Uruguay in its spacious rooms which have been rescued from several points in the country and it displays part of the documents used by Rivera during his administration. An entire room tells the story of his life and work. His origins and his remarkable career in the militia until he became president are the most interesting topics presented.

When moving about the various rooms, visitors may observe scrolls, newspapers, immigrant institution regulations, pictures, sculptures and paintings from that period. One corner shows the historical and cultural wealth left by the immigrants inside a lead box in 1892 which they placed on the peak of the monument of Colón in order to be opened 100 years after the anniversary of the discovery of America, in 1992. Furthermore, the museum houses rooms where temporary exhibitions and lectures are presented.

The house preserves its style and some original pieces of furniture, along with its wooden floors and doors.

According to popular belief, there is a tunnel in the house basement which was created by Rivera to escape his enemies in the event of an adverse situation.
The truth is that the inside of the museum seems to preserve the soul of its constructor. The silence, a synonym for the respect felt for one of the most important heroes in the country, is only interrupted by the murmur of visitors, who are amazed at the sight of the objects displayed. We recommend a visit to the Casa de Rivera Museum, as this is a very good way to learn about the roots of Durazno.

« Back to Outings in Durazno