To San Antonio Hill on a Chairlift

The tour around the port of Piriápolis is one of the most popular. Almost at the end of the port lies one of the attractions of this Uruguayan district: the chairlifts leading to San Antonio Hill. 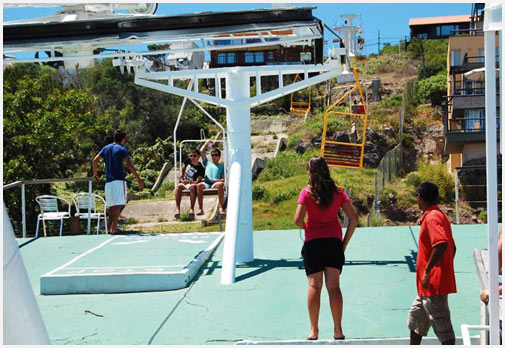 One of the attractions of this Uruguayan district lies almost at the end of the port. Built by Francisco Piria, the chairlifts that lead to San Antonio Hill invite visitors to see the city from a different perspective: from the air.

San Antonio Hill (also known as Cerro del Inglés, which stands for "English Hill") lies 130 meters MSL. There are several alternatives to go up to its summit: by chairlift, by car or bus (following a road) and also on foot, after a nice walk.

As the chairlifts gain height, visitors may catch a glimpse of the whole City of Piriápolis. The scene artfully combines the port, the watercrafts, the lighthouse, the hills, the beaches and the vastness of the sea. 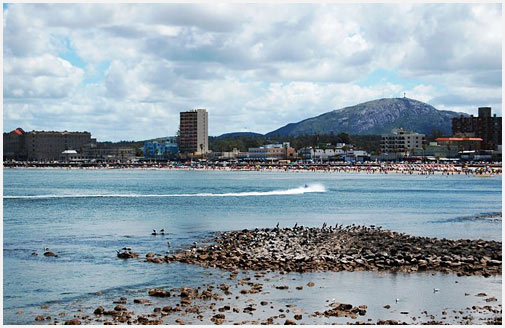 Worshiped by lovers of the sea and angling, the Virgin of Fishermen stands on a small pedestal at about 70 meters of height on San Antonio Hill, along with the foundational stone of the City of Piriápolis.

Once on the top of the mountain, climbers are welcomed by Saint Anthony's Temple. The image of Saint Anthony was brought from Europe (more precisely from Milan). Women who have not found their significant-other yet usually pray to this saint.

Many people choose some nook to sit down and observe as they enjoy the view offered by the heights once they are up there. Other visitors prefer to drink or grab a bite at Parador Panorámico, a bar that features a spectacular view. 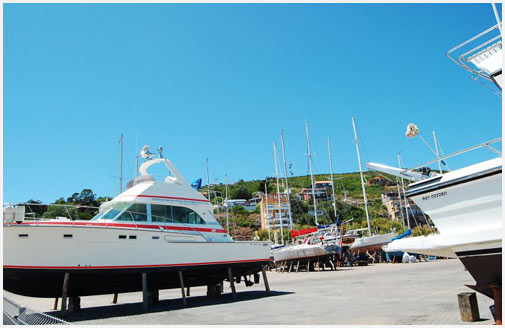 Going downhill is the best moment of all. The large red rocks that make up Punta Colorada may be observed on the East. This is the favorite site among fishermen who come along with their rods and baits at all times.

The port bay is seen towards the West and so are the countless boats awaiting the next adventure. Also, the downtown of Piriápolis, its shops and restaurants and the beautiful mountain shapes cut out in the skyline.

To the North, Cerro Del Toro (Bull's Hill) and the famous Pan de Azúcar (Sugar Loaf) are two ideal elevations to go hiking, hit the summit and enjoy a delightful view of this entire region made up by mountains and sea. 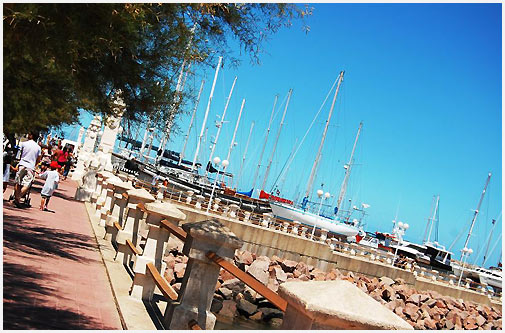