Durazno has a rich environment, with a historical and cultural heritage that makes it a place worth visiting. The most important places on your sightseeing tour are introduced here. 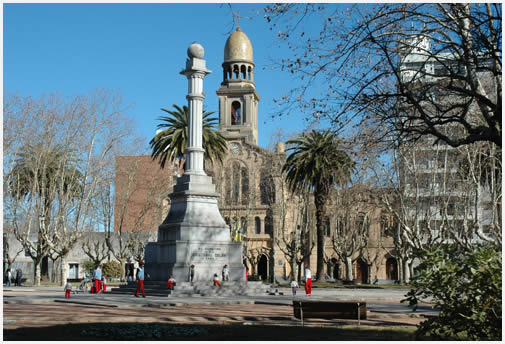 The most interesting sights in this traditional city in the inland area of Uruguay are introduced here. Squares, church, museums, parks and resorts offer a great variety of places worth visiting on your tour around the city. We highly suggest having a map for this sightseeing tour. It can be obtained at the local Tourist Office.

Our journey begins in Independence Square. It is the axis from which the village of San Pedro de Durazno was founded; it is the oldest green area in the city. The square has staged many historical events, like the ceremony in which 33 Uruguayans swore allegiance to the flag in April 30, 1825 and the ceremony in which the National Army swore to defend the Constitution in July 20, 1830. Located in the middle of the square, there is a monument paying tribute to Christopher Columbus. It contains a box in its interior with different objects and documents placed there in 1992. They are supposed to be opened by future generations in the year 2092, on the new anniversary of the discovery of America. 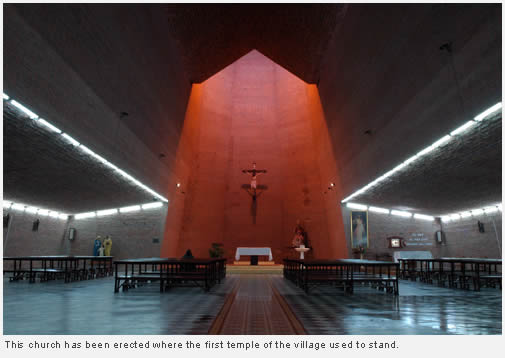 The Historical Museum Casa de Rivera stands opposite the square. Between 1839 and 1842, General Fructuoso Rivera commanded his countrys destiny from that venue. Today, it represents an incredible heritage for the city, enough reason to recommend a visit.

The San Pedro Chapel is situated on the other side of the square. This church has been erected where the first temple of the village used to stand. The façade of the current building is the outcome of a long constructive process that began in the late XIX century. In 1967, it caught fire and was completely destroyed. It was rebuilt, however, by the well-known engineer Eladio Dieste, who developed a novel ideal that turned it into an architectural gem. 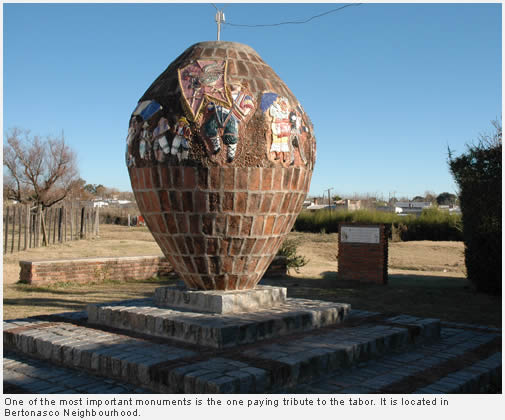 Sarandi Square is another important green area to visit and it is only a few blocks away. Formerly, there was a small lake where the square lies today. From the early XX century, it has been a must visit for families of Durazno. In the center, there is a pergola and a bright fountain in which the busts of the famous surgeon Eduardo Calleri and doctor Luis Alberto Herrera are placed. Its original features, in some way, stimulate romanticism as well as nostalgia.

One of the most important monuments is the one paying tribute to the tabor. It is located in Bertonasco Neighbourhood, which denotes the dark-haired presence ever since the onset of the Durazno society. It is a demonstration to honor the ethnic contribution and the existence of the many comparsas lubolas that every year make the traditional inner calls. There is another great monument: the one in honor of the rural worker and the gaucho dog. There is no doubt they have to do with the life and history of the place. 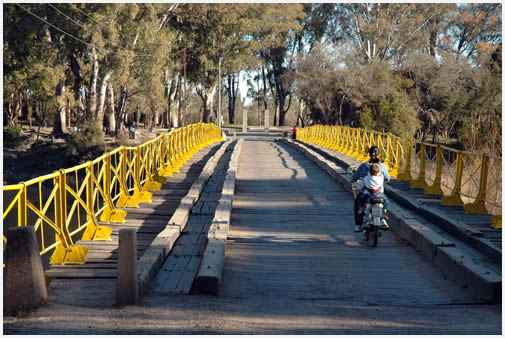 Among its coastal spots, El Sauzal stands out. It is one of the many beaches which border the city of Durazno. It is located next to the 33 Orientales camping site. It features calm shallow waters that make this place ideal for kids. It is also a good spot for fishing or renting a canoe to go upriver along the Yi River. During the summer season, there are a lot of sunbathers.

There are other beaches of similar beauty to visit. They are Puente Nuevo, Puerto de los Barriles, Balneario Independencia and El Paso. All these places are a real invitation to relaxation, a place to forget all the stress and problems of everyday life.

Finally, leaving the city through Route 5, the Municipal Zoo is located in the middle of a 10-hectare venue. The zoo lodges around 240 species of animals and fulfills the aim of protecting wildlife and improving breeding. There are cougars, anteaters, lions, leopards, hippos, monkeys and toucans, among many others. 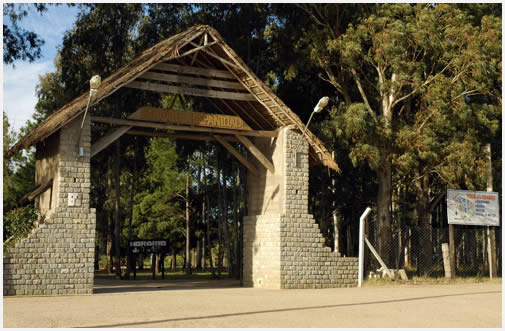 Next to the zoo, there lies the Hispanic World Park, open to various traditional shows on local culture. Here is where the National Folk Festival, Pilsen Rock, Cumbia Festival, riding shows and many other local events take place throughout the year. It has the biggest stage in the country, surrounded by a wonderful body of water and many varieties of trees from around the world that lure you to spend weekends there with the sound of birds and children laugher in the background.

This is the end of our presentation on Durazno. We invite you to see these spots and to enjoy the warmth of its people.

Print this outing
« Back to Outings in Durazno